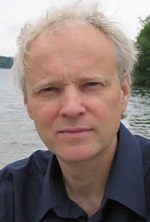 James Randi is a Charlatan
by Dick Bierman
Dutch psychologist Professor Dick Bierman, University of Amsterdam, applied for the Randi Prize in 1998 for automated computerized tests of presentiment, following a procedure he had already used extensively with highly significant positive results.

In these tests, subjects showed physiological responses to emotionally arousing pictures about five seconds before the picture was selected at random and shown to them on a screen. This response did not occur in control trials with emotionally neutral pictures. The effect has been replicated by other researchers.


I was approached by neuroscientist Stan Klein after a Tucson consciousness conference where I presented a paper on presentiment. He asked me why none of the serious psi researchers ever tried to get the million-dollar Randi Prize.

The obvious answer was that, as far as I knew, Randi was expecting his “challenge” to be decided on stage and to be completed within, say, an hour or so. Randi assured me that he would consider statistical experiments, but for the million-dollar prize he wanted odds against chance of a million to one.

I explained to Stan Klein that given the effect size of presentiment (assuming that was a real psi effect), to win the million dollars, I could obtain a results with produce a effect with a p-value of 10-6 within a year or so. I further explained that one could set up a presentiment experiment where Randi would produce the random “target” stimuli sequence (emotional or neutral) just before the stimulus exposure and more importantly after he had already received the physiological data through the internet. Thus he wasn’t obliged to be at our lab for one year in order to control the proceedings. He could have full control from Florida and I only wanted a second neutral person in between in order to prevent Randi “generating” targets after having looked at the physiological data.

Most of the initial communication went though Stan Klein, but then Randi invited me to communicate with him directly. He mailed me that he was at a point in his life (getting older) where he really wanted to know. He also assured me of his scientific expertise and told me he had experts on hand to help him. This is what he wrote in an email to me July 1998:

I have experienced and dedicated statisticians and experts in experimental design who assist me at every stage, not that I usually need them. I wait, day after day, for these folks to advance to the starting line. Where are they? All I get is the amateur astrologers and abductees….

If anyone’s going to DO it, let’s get on with it. I’ll be 70 next month, and I figure I might have ten more reasonably active years to operate. Will that be enough time to have all the theorizing and arguing done with, and a REAL test under way? Yes, the million-dollar offer will survive me, but I’d really like to see a major response to the challenge mounted.

As the correspondence continued he then starting raising technical points about the experiment – for example about how the computers stored the images used in the experiment:

The “presentiment” experiment, as described in Radin’s book — though that reference does not purport to be a complete presentation — appears, from that description, as if it might have some weaknesses. How and where the computer hard-drive stores the calm-and-emotional photos is not specified, for example. Are all of one kind in one area of the disk, for example? Or are they effectively randomly mixed? How are the phenomena to be measured – such as skin resistance, heart rate, blood volume (pressure?) – chosen? Was there a correlation between these physical reactions? There are many unanswered questions here.

I recall that in Russia, when I randomized – for the first and only time — the elements of their “influence” experiments at the Moscow Brain Institute, they obtained random results. I was later informed, by one of the young students there, that the director of the lab had then issued an order that they would continue conducting their experiments as before, since double-blinding “did not produce satisfactory data.” I don’t doubt it.

I should like to design an experiment that does not require “supervision” [by me] at all. It is perfectly feasible to produce a protocol whereby most if not all of the precautions are built into the procedure. I would opt for computer-based controls (providing that I were given total access to examining the programs!) so that randomness, timing, recording, etc., were all automatically controlled. And, I would insist upon knowing that any “abort” or “stop” instructions would be a part of the record, as well. I’ve heard of experimenters beginning a series of tests with a “warm-up” or “familiarization” period, only to suddenly decide to bypass this provision when the subject seems to show immediately “good” results. There have also been abortings when the subject just doesn’t seem to be in a good enough mood — or whatever — and data (“bad” data) has been dumped until the subject feels psychic. For me, there is no good or bad data, if it’s honestly and competently arrived at; I have no preference except for the facts.

I will stay in touch with you as we consider your proposal.

P.S.: Just last week, I lost my keys and then found them. Honest, I did. No paranormal powers involved, I don’t think…. But in January, I lost an entire set and never found them. Psi-missing, perhaps?

I explained to him that the procedure used by Radin and myself was indeed conducted in an automated way without the need for any supervision, and that everything was automatically controlled and monitored, just as he thought it ought to be. He then raised some seemingly irrelevant technical points about the standard electrodes we used for measuring skin resistance:

I’ll have to study up on the “battery” (electrochemical) effects. I seem to recall a list of metals and metal alloys/compounds arranged in order of “electochemical number” and the idea was that you could tell the degree of electrochemical activity expected by noting the difference between the numbers. This meant, of course, that two gold electrodes (anode and cathode) would produce zero electricity, regardless of the electrolyte – in this case, salt-and-cell-fluid.

Do I also recall that there are some stainless steel electrodes used here? Of course, the Ag/AgCl material would doubtless be excellent as a conductor, so it might be superior for this use, since we’re dealing with very small flow.

Hmmm. And silver halides are essentially insoluble in water, differing in this respect from halides in general.

However, the AC use (what frequencies?) appears to get around the “battery” effect, so this is all moot.

I would think that two same-metal electrodes would generate quite inconsequential potentials, given that NaCl is not one of your top-producing electrolytes. But, that would depend upon your signal-to-noise situation.

He then told me he was going to propose the experiment to his “scientific committee”. I never heard from him after that.

© 2015 The Association for Skeptical Investigation.
All rights reserved.