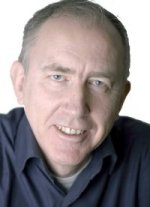 Randi’s Prize:
What Sceptics Say about the Paranormal,
Why They Are Wrong and Why It Matters

Journalist Robert McLuhan compares the views of James Randi
and other leading sceptics against the investigative literature of
parapsychology and psychical research.

“The ‘prize’ of the title is the Million Dollar Challenge offered by stage magician James Randi for anyone who passes his test for psychic powers. So far, Randi says, no one has even passed the preliminaries. This confirms the belief held by sceptics and many scientists that so-called ‘psychics’ are delusional or dishonest.

“Randi’s Prize agrees that this is sometimes the case, but sympathises with scientists who have investigated paranormal claims in depth and consider some of what they have observed to be genuinely anomalous. It pays close attention to the arguments of well-known sceptics like Randi, Ray Hyman, Richard Wiseman and Susan Blackmore. However it concludes that these fall short of a full explanation.”

McLuhan proposes that “we develop a more mature and discerning approach to these hugely challenging issues”.

More details at Robert McLuhan’s website “Paranormalia”,
with links to excerpts and other relevant materials.