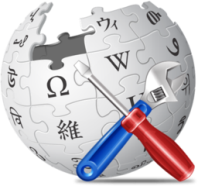 Perhaps the greatest farce in the modern history of technology is the perception of Wikipedia as a legitimate encyclopedia. It has none of the qualifications as such but has all of the characteristics of a compromised propaganda machine disguised as an encyclopedia.

An authentic encyclopedia is transparent. Users can review the qualifications and expertise of its contributors. There is no personal animus or bias. If anything, these are people who are acutely conscious of the facts regarding any given subject. There is no whitewashing, no recasting or repurposing of negative content into positive opinions or vice versa. If an error is detected, it can be quickly corrected.

Now compare that with Wikipedia where there are over 100,000 editors who are mostly anonymous. Expertise in the field that any of these anonymous contributors are editing is not required. The hypothesis that through Wikipedia’s backdoor platforms that discussion, debate and argument can eventually reach a consensus that reflects the facts and truth on a subject is not only unrealistically idealist but notably naive. This is conspicuously true for one subject that dwarfs all others — health and medicine — where content is radically recast as either acceptable, refutable, or worse assailed and slandered. Content that represents the medical orthodoxy and based upon the pharmaceutical paradigm is acceptable. Everything else is rejected and degraded under sarcastic terms as pseudoscience, quackery or lunatic charlatanry.

Under Wikipedia’s editorial rules. “tendentious editing” is forbidden. This is editing that is blatantly partisan, biased and malicious that violates the principles of a neutral point of view (NPOV). Other examples of tendentious editing include editorial warfare and vandalism, gaming the system, abusive language and behavior, misuse and distortion of content and references, unwarranted censorship and banning of editors who make efforts to appeal to neutral point of view rules. Since the encyclopedia’s parent organization the Wikimedia Foundation does not conduct direct oversight on the content that eventually reaches the site’s pages, Wikipedia has turned into an ochlocracy, a form of governance and majoritism that adheres to the chaos of mob rule. Senior editorial administration roles are not based upon any intellectual acumen or expertise in a subject; instead it has degenerated into a merit-based aristocracy that is determined by the number of entries contributed and successful edits.

Evidently, the encyclopedia’s culture of editorial hostility, malignity, harassment and toxic behavior has over-powered the Foundation’s capacity to rein it in. In May, it was announced that new rules and a code of conduct would be drafted to curtail harassment. Unfortunately, these new rules will apply more strictly against harassment and psychological molestation towards women and members of the LBGQ community. Equally, pathological behavior against political persuasions, current events, various ideological beliefs and medicine demands similar deterrents and strict measures to ban editors who violate decent conduct that is expected of a legitimate encyclopedia.

We live in a time when the health of Americans is declining exponentially. Life expectancy has reversed. Moreover, never before have more people died from medical error, misdiagnosis and the over prescribing of medications. Daily, 4,000 Americans experience a serious adverse drug reaction (ADE) that requires hospitalization, and an additional 770,000 people suffer from ADEs during their hospital stays. In 2016, the CDC very conservatively estimated that over 70,000 deaths were directly associated with prescription complications and overdoses, more than US soldiers killed in the Vietnam War and far greater than deaths due to influenza and pneumonia, alcoholic liver disease, firearms and motor vehicle accidents. Prescription deaths also outnumber illegal drug overdoses. Newer medications, according to Harvard University’s Edmond Safra Center for Ethics, are becoming more deadly. The Center’s paper states, Science-Based Medicine (SBM) versus Evidence-Based Medicine (EBM)

Our documentation of the US’ epidemic of medicine’s casualties is far greater, closer to the mortality rates due to heart disease and cancer; this was based upon a five year study and documented in our earlier book Death by Medicine. Besides prescription opioids, antidepressants, amphetamines, anticoagulants, anabolic steroids, ADHD stimulants and antibacterials rank high among iatrogenic deaths. And this ignores the many millions of injuries due to unnecessary prescriptions, clinical infections, surgeries and hospitalizations ordered for enormous profits. Don’t expect to find these facts mentioned properly on Wikipedia. Conventional drug-based criterion for practicing medicine is the only course of treatment Wikipedia advocates while safer alternatives are disparaged and defined as quackery.

One glaring example of Wikipedia’s disdain and hatred towards alternative medicine is its inaccurate treatment of Traditional Chinese Medicine (TCM), which has been successfully practiced for thousands of years. The same is true for Indian Ayurvedic medicine. Recently the Chinese health authorities have drafted legislation that would ban any person or organization who criticizes or ridicules TCM. This comes on the heels of TCM being used alongside conventional medicine for treating CoV19 cases, with far more success than in the US. Nationwide, over 92 percent of Chinese CoV patients have been treated with TCM formulas, either alone or in combination with Western therapies. Unlike conventional pharmaceutical-based medicine, TCM and Ayurveda focus on diagnosing the underlying cause of an illness and symptoms, a method that Western science has yet to fully understand and implement. Nevertheless, the empirical evidence supporting these ancient medical modalities is substantial. A recent paper in the Review of Molecular Medicine by the China Academy of Chinese Medical Sciences and the prestigious National University of Singapore concluded that TCM “represents a vast and untapped resource for modern medicine.” This is a medical system that catalogues over 13,000 different medicinal ingredients and over 100,000 unique decoctions and recipes.

Yet you would never learn anything about the benefits of TCM, Ayurveda and a multitude of other non-drug based and natural therapies including Chiropractic, homeopathy, naturopathy, energy medicine, and faith-based practices if you were to rely on Wikipedia. Its TCM page promulgates unfounded lies that “there is no high quality clinical evidence that TCM is safe and effective for treating any disease.” The page’s editors are determined that TCM be portrayed as a pseudoscience. This is despite the several hundred thousand peer-reviewed articles cataloged in the National Institutes of Health’s Library of Medicine that deal with TCM, acupuncture and medicinal plants — a voluminous collection that Wikipedia editors cherry pick and select to advocate their anti-TCM prejudices. It even fails to mention that the 2015 Nobel Prize in Medicine was awarded to the first Chinese woman scientist Tu-You for discovering TCM’s remedy artemisia as a basis for the development of an anti-malarial drug. Efforts to bring balance on the TCM and other alternative health pages are futile. We believe there is very good reason, as we have reported previously, that Wikipedia’s co-founder Jimmy Wales and the Foundation seemingly support libelous and malicious attacks on complementary and alternative medicine.

It may require a concerted legal campaign to hold the Wikimedia Foundation accountable with a furor of lawsuits charging the organization for castigating and destroying the careers of tens of thousands of health practitioners, systemic censorship and serving as an operation for social media propaganda rather than hiding behind the ruse of being a reliable encyclopedia. For years, it was the official policy of the American Medical Association that Chiropractic was an unscientific cult and made every effort to destroy the profession. Nevertheless chiropractors succeeded in winning a lawsuit against the AMA and ten other medical groups for participating in a conspiracy in violation of the Sherman Antitrust Act. The court consequently ruled that Chiropractic was a legitimate therapeutic science.

Today the mainstream media voices agreement with Wikipedia in denying or ignoring complementary and alternative medicine altogether. Perhaps the media is too lazy to do any research or simply lacks common sense and reason. Or perhaps more realistic, it is tied to the corporatization of all things: pharmaceutical drugs, private insurance, GMOs, vaccines and the roll out of 5G technology. As the media is grossly biased and compromised by private interests, so do we believe is Wikipedia. We do not need to travel far to discover an army of expert medical voices and health professionals articulating their disapproval of the pharmaceutical industry’s control over federal healthcare policies, the crookedness in peer reviewed medical journals to push unsafe or ineffective drugs, and the FDA’s review process. The title of the former head of the Danish Cochrane Collaboration and a world respected professor of medicine Peter Gotzsche’s book Deadly Medicines and Organized Crime: How Big Pharma has Corrupted Healthcare tells the whole story. It is a tale about medical induced injury and death when only dealing with pharmaceutical drugs and unnecessary medical procedures at a time when prevention and non-pharmaceutical therapies are voiceless in the nation’s healthcare discussions.

Despite Wikipedia’s failure to be accurate and neutral about subjects that have an immediate impact on the lives and well being of its users, it has been a successful tool for the deep state and special corporate interests. In similar ways it serves as a public relations operation for the drug industry just as the Hill and Knowlton PR firm did for the tobacco industry in the 1950s, except under the cloak of being an authentic encyclopedia. The Foundation has condoned it being used as a weapon to silence and lessen the impact of people such as Robert Kennedy Jr, Deepak Chopra, Craig Murray, John Pilger, Rupert Sheldrake and Nobel laureate Luc Montagnier by characterizing them in derogatory language. Any agent provocateur, sock puppet or astro turf group who succeeds in climbing the editorial ladder can sabotage and control the pages of important decent and ethical people in order to promote ulterior and highly prejudiced agendas. There might be dozens of such editors standing at the gates of a page with their personal agendas to libel and make efforts to destroy the lives of others who they happen to disagree with. Now after almost fifteen years of neglect and incompetence the Foundation is making a minor effort to deal with the epidemic of editors’ harassment and malice; however, in so doing it is also acknowledging that its entire system and modus operandi is rotten to the core, a repository of chaos and editorial mismanagement. It is also running massively convoluted games.

If you doubt any of this, ask any of the many thousands of individuals who Wikipedia has slandered and libeled. Wikipedia’s argument is that if your character has been assassinated by any of its editors then simply follow the editorial protocol to correct the errors. But for thousands of people this has repeatedly been proven to be a futile exercise. Since the entire Wikipedia model is fraudulent, such efforts are a sham. No one in the alternative health profession is capable of correcting their biographies. Wikipedia Skeptics are the judge, jury and executioner. And the Wikimedia Foundation likes it that way.